To share your memory on the wall of Houston Odell Blanks, sign in using one of the following options:

Family and friends will gather to celebrate his life at 11:00 AM Wednesday, June 17, 2020 at Wesley United Method... Read More
Houston Odell Blanks, 95, of Spring, Texas passed away Friday, June 12, 2020 at Memorial Hermann Hospital in Spring Texas.

Family and friends will gather to celebrate his life at 11:00 AM Wednesday, June 17, 2020 at Wesley United Methodist Church with Dr. Guy Crawford officiating. Interment will follow at the Andrews West Cemetery. The family will receive friends on Tuesday, June 16, 2020 from 5-8 PM at McNett Funeral Home in Andrews. Please visit www.mcnettfuneralhome.com for obituary information, visitation and service details, photos and a video.

Houston was born on December 23, 1924 to Thelma Bybee and Alexander Houston Blanks in Bonham, Texas. He had 3 half-brothers, Walter, Grady and Troy and 1 half-sister, Nan, from his dad’s first marriage. He was the fourth child in the next marriage to Thelma. Ahead of him was Arthur (Art), Birdie, Irene, Albert, and after Houston was Agnes Muriel. Thelma married again and had Orville and Clare June Baxter. Houston had a rough life, his father died in 1935 and his mother was unable to support the family. So, he, along with his siblings, had to find what work they could. Before that, the family worked for farmers part of the year and commercial fished the rest of the year. Houston went to work for farmers doing chores for his room and board. When he was older, he worked for a construction company building roads until he was drafted into the Navy. He served over three years on an aircraft carrier. When he was released, he was able to go to work for Exxon (Humble) at the time. He was first a roustabout then went on to drilling rigs. In the beginning, he left Vee in South Texas around Kingsville. He was later transferred to West Texas and moved about every year. He was married then and had two sons, Bruce and Leonard and inherited a daughter, Linda. They lived all over West Texas and New Mexico. He and Arlene divorced. He was finally transferred to Andrews. He was a mechanic at that time. He and Wilma met up and dated for four years before marrying. They got married in Andrews Wesley United Methodist Church. He retired from Exxon after 37 years! Houston and Wilma celebrated 43 years together. Houston (or H. O.) was very industrious. He joined with a friend, Paul Sharp, and ran a used pipe and supply business for several years until Exxon said, “no no”. He loved gardening and always raised enough the for the community. He loved to dance, and he and Wilma danced many a mile. Houston loved fishing, and Wilma would fish with him. Having fish fries was another thing that he loved. He was as a member of Wesley United Methodist Church and served as a trustee. He joined the Andrews Mesquite Burners and served there for years. He was as a Life member of the VFW, The Loyal Order of Moose, The Eagles Lodge, and he always worked in each of these lodges. He enjoyed when everyone was having a good time, so he loved to tease people. He is preceded in death by his 2 half-brothers Walter Blanks and Troy Blanks, half-sister Nan Blanks, 2 stepbrothers, Arthur, and Albert, and 3 stepsisters Birdie, Irene, and Agnes.

To send flowers to the family or plant a tree in memory of Houston Odell Blanks, please visit our Heartfelt Sympathies Store.

We encourage you to share your most beloved memories of Houston Odell Blanks here, so that the family and other loved ones can always see it. You can upload cherished photographs, or share your favorite stories, and can even comment on those shared by others.

Bo, CC and family and Colleen Blasius and Family sent flowers to the family of Houston Odell Blanks.
Show you care by sending flowers

Posted Jun 17, 2020 at 11:12pm
So sorry to hear about H. O. I know he and dad (Terry Wilson) had some great times. Now they can have some more.
Love Robin and Jeff Wilson
Comment Share
Share via:
BF

Posted Jun 16, 2020 at 11:27am
Our thoughts and prayers are with you. Sincere condolences on the loss of a great husband, brother, dad, uncle and person!

Colleen Blasius and Family purchased flowers and planted a memorial tree for the family of Houston Odell Blanks. Send Flowers

Posted Jun 15, 2020 at 11:06pm
I came to know my father-in-law, HO, through my husband Bruce. HO was always upbeat, smiling and wanted everyone to have a good time. He will certainly be missed by all who knew him. My deepest sympathy to his family. 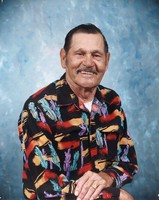 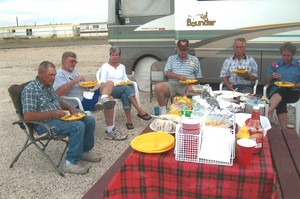 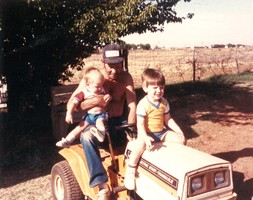 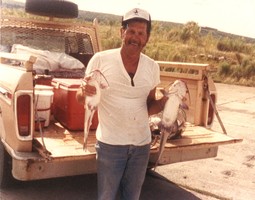