To share your memory on the wall of Robert Wayne \"Bob\" Murray, sign in using one of the following options:

Family and friends will gather for a memorial service at 10:00 AM Friday, May 29, 2020 at Means Memorial United Methodist Church with Rev. Les Hall officiating. Cremation is under the personal care of McNett Funeral Home.

Bob was born on May 15, 1932 in Taos Junction, New Mexico in a log cabin to Roy and Emma Murray. Bob graduated from high school at San Marcus Military Academy. He then served in the United States Marine Corp. He served on the USS Pittsburg as a Captain’s Aide and achieved expert marksmanship. After he was honorably discharged from the marines, he married the love of his life Eva Jane Fisher on June 15, 1952. They were happily married for 68 years. Bob worked in the oil industry until his retirement from Dresser Industries in 1994. Bob’s many hobbies were golf, traveling in his Airstream with Jane, sporting events, grandkids, and working in the yard. Bob was a faithful member of Mean’s Memorial United Methodist Church in Andrews, Texas where he sang in the choir, and was a cook for Methodist Men for 20 years and served as Treasurer and usher. He was a devoted husband and loving father. Bob was preceded in death by his parents Roy Murray, Emma McClain and brother Charles Murray.

In Lieu of Flowers memorial contributions may be made to Means Memorial United Methodist Church.
Read Less

To send flowers to the family or plant a tree in memory of Robert Wayne "Bob" Murray, please visit our Heartfelt Sympathies Store.
Print

We encourage you to share your most beloved memories of Robert Wayne "Bob" Murray here, so that the family and other loved ones can always see it. You can upload cherished photographs, or share your favorite stories, and can even comment on those shared by others. 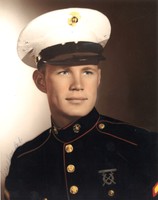 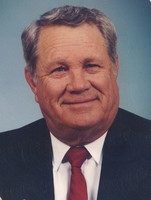 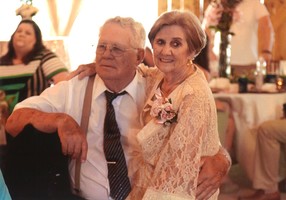