To share your memory on the wall of Robert Wayne "Bob" Montgomery, Sr., sign in using one of the following options:

Provide comfort for the family by sending flowers or planting a tree in memory of Robert Wayne "Bob" Montgomery, Sr.

Family and friends will gather to celebrate his life at 10:00 AM Thursday, February 20, 2020 at First Baptist Church in A... Read More
Robert Wayne "Bob" Montgomery, Sr. 86, of Midland, Texas passed away Saturday, February 15, 2020 in Midland, Texas.

Family and friends will gather to celebrate his life at 10:00 AM Thursday, February 20, 2020 at First Baptist Church in Andrews, Texas with Pastor Dr. Clayton Chisum officiating. Interment will follow in the Andrews West Cemetery. The family will receive friends 6-8 pm Wednesday, February 19, 2020 at the funeral home. Please visit www.mcnettfuneralhome.com for obituary information, visitation and service details.

Robert Wayne Montgomery was born July 26, l933 at home in Cement, Oklahoma to James Herman, Sr. and Sarah Elsie Tucker Montgomery, the third of four sons. He graduated from High School in Fittstown, Oklahoma, and attended college at Oklahoma A&M and Murray State Jr. College. Bob volunteered for the draft into the U.S. Army in June of l953, and did basic training for the artillery at Fort Sill, Oklahoma. After basic training he was selected to serve into the 40-50 ASU (Army Service Unit) Veterinary Corp assignment at Fort Sill. Later, he transferred to Shawnee, Oklahoma where his job was to inspect and supervise the canning of one million cans of chicken and gravy. This is where he came to have a definite distaste for chicken. He was discharged in l955 and continued his education at East Central University. He married Mary Lou Young on June 28, l957 at First Baptist Church in Ada, Oklahoma. Bob worked for Halliburton and Sinclair in Oklahoma until he was transferred to Andrews in January of 1966. Mary Lou was a teacher in Oklahoma and Andrews. When Sinclair merged with Arco Oil and Gas, he was promoted to Assistant Production Foreman, and worked his way up to Senior Production Foreman, where he worked until his retirement in October of 1991.When Bob was a sophomore in high school in 1950, he made his profession of faith at First Baptist Church at Fittstown, Oklahoma. He was a long-time, faithful member of First Baptist Church in Andrews. His wife Mary Lou passed away on September 24, 1981 after a long struggle with breast cancer. Bob was married to JoAnn Schneider Lamb for many years, they lived in Andrews. In his later years, Bob moved to Midland to be close to his daughter Beth and her husband John Mosley. There he enjoyed creating many woodworking and metal-working projects in his shop. His favorite hobbies included fishing, woodworking, growing roses, and especially, telling stories. His most precious recent moments were those spent with Candace and her children, grandsons Jared and Matt, and with his buddy Marvin Friemel. Preceded in death by: His mother and father, three brothers, Cecil Ray, James Herman, Jr., and Billy Paul, wife Mary Lou, and daughter Jeri Beth Mosley.

To send flowers to the family or plant a tree in memory of Robert Wayne "Bob" Montgomery, Sr., please visit our Heartfelt Sympathies Store.

We encourage you to share your most beloved memories of Robert Wayne "Bob" Montgomery, Sr. here, so that the family and other loved ones can always see it. You can upload cherished photographs, or share your favorite stories, and can even comment on those shared by others.

Phil & Sandy Young, The Tramel Family - Jena Dickerson, Ronda Tuttle, , and others have sent flowers to the family of Robert Wayne "Bob" Montgomery, Sr..
Show you care by sending flowers

Posted Feb 19, 2020 at 03:33am
Please accept our most heartfelt sympathies for your loss... Our thoughts are with you and your family during this difficult time.

Posted Feb 18, 2020 at 12:14pm
With loving memories of Bob Montgomery. Gone from our sight, but never from our hearts.

Flowers were purchased and a memorial tree planted for the family of Robert Wayne "Bob" Montgomery, Sr.. Send Flowers

Brad , Deborah and the Sears boys

Posted Feb 18, 2020 at 09:32am
Fisher Family, We are very sorry for your huge loss. You are in our thoughts & prayers. May God comfort you all during this difficult time. 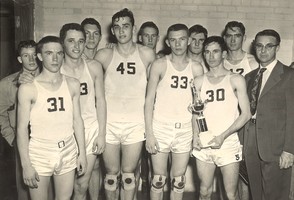