To share your memory on the wall of Bobby Lloyd Pinson, Sr., sign in using one of the following options:

Provide comfort for the family by sending flowers or planting a tree in memory of Bobby Lloyd Pinson, Sr.

Family and friends will gather to celebrate his life at a Graveside Service at 2:00 PM Monday, February 3, 2020 in the Andrews Old ... Read More
Bobby Lloyd Pinson, Sr. 84 of Seminole, Texas passed away on Monday, January 27, 2020 in Seminole, Texas.

Family and friends will gather to celebrate his life at a Graveside Service at 2:00 PM Monday, February 3, 2020 in the Andrews Old Cemetery with Pastor Kevin Covington, officiating.

Bobby was born in Swenson, Texas on April 23, 1935 to Lloyd Pinson, and Cleo Murdock. He married Alma sue Hamilton on July 3, 1961 in Aspermont, Texas. Bobby and Alma moved to Andrews in 1962, where he drove a hot oil truck for Carl Ham, and Kinney Inc. He retired in 1995, and moved back to Aspermont, Texas. He moved to Seminole in November 2019. He was the oldest of 5 children. He was preceded in death by his wife Alma in 2009, siblings, Curtis Pinson of white Oaks, NM, Betty Horton of Celeste, Texas, Billy Reeves of Burleson, Texas, and Jackie Gryder of Andrews, Texas.

To send flowers to the family or plant a tree in memory of Bobby Lloyd Pinson, Sr., please visit our Heartfelt Sympathies Store.

We encourage you to share your most beloved memories of Bobby Lloyd Pinson, Sr. here, so that the family and other loved ones can always see it. You can upload cherished photographs, or share your favorite stories, and can even comment on those shared by others.

Matt and Gail Pinson sent flowers to the family of Bobby Lloyd Pinson, Sr..
Show you care by sending flowers

Guaranteed hand delivery by a local florist
A

Posted Feb 01, 2020 at 10:56am
I had the joy of meeting Bobby when I moved to Aspermont from TN. I worked at Uncles where he went daily to sit and talk to his friends. Bobby quickly became one of my favorite people of all time. He taught me so much about life. He frequently talked about his wife with tears in his eyes, he missed her so. I smile at the thought of them being back together. Bobby always told me stories of his kids and grand babies with the biggest smile on his face! He loved his family, that’s for sure. Bobby will always hold a special place in my heart and I will always hold tight to my memories. Many prayers to all his family. Heaven gained one heck of an angel! Love you always Bobby, rest now.
Comment Share
Share via:
PH

Posted Jan 31, 2020 at 06:49am
My deepest sympathy to the family. I've known Bobby my whole life as I'm also a Swensonite. My name is David Hoy and I knew his family when I was a kid. Bobby was a little older than me. I'M 76. Bobby always asked about my brother Doug. Bobby was a good man.
Comment Share
Share via:
LB

Posted Jan 30, 2020 at 10:46pm
I very much enjoyed listening to his stories while sharing a table in the cafe in Aspermont. Don’t think there was anything he forgot and seemed to enjoy telling his remembrances. He will be missed by many. Rest peacefully, Alma is waiting. Love to you...
Comment Share
Share via:
MP 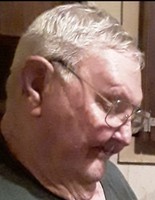