To share your memory on the wall of Louis Zepeda Mireles, sign in using one of the following options:

Provide comfort for the family of Louis Zepeda Mireles with a meaningful gesture of sympathy.

Print
Louis Mireles, 83, of Andrews passed away on Thursday, December 26, 2019 in Andrews.

Family and friends will gather to celebrate his life at 10:00 AM Tuesday, December 31, 2019 at Our Lady of Lourdes Catholic Church, 201 NE Avenue K, in Andrews. Interment will follow in the Andrews North Cemetery. Rosary services will be held at 7:00 PM on Monday at McNett Funeral Home Chapel in Andrews. Please visit www.mcnettfuneralhome.com for obituary information and visitation and service details.

Louis was born on December 3, 1936 in Uvalde, Texas to Adolfo Rodriquez Mireles and Tomasa Zepeda Mireles. He grew up working, branding, and rounding up cattle. He moved to Andrews in the 1950’s, where he was a ranch hand for the Bristow Ranch, where he branded and rounded up cattle. He married the love of his life, Lidia Aguilar on September 7, 1957. He had worked for Andrews Schools, First Baptist Church, City of Andrews, Andrews Gas Company, and Stewart’s Welding. He had been a faithful volunteer to the Andrews Food Pantry for over 20 years. He had been honored by Devon Energy with their “Hometown Hero” award and received the 2015 Pioneer Award from the Andrews Chamber of Commerce. He had been a very faithful member of Our Lady of Lourdes Catholic Church, where he served as an usher for over 10 years. He will be remembered by his family, friends, and the community for being kind hearted, generous, and always making a difference in many lives through his volunteer work. He enjoyed watching John Wayne movies and collecting John Wayne memorabilia. He loved being around and spending time with his family. He was preceded in death by his wife, Lidia, on October 24, 2014, his parents, and 4 siblings, Eusevio Mireles, Ygnacio Mireles, Frank Mireles, and Leonor Mireles Trevino.

Memorials may be sent to Our Lady of Lourdes Catholic Church and the Andrews Food Pantry.
Read Less

We encourage you to share your most beloved memories of Louis Zepeda Mireles here, so that the family and other loved ones can always see it. You can upload cherished photographs, or share your favorite stories, and can even comment on those shared by others.

Kevin and Dana Decker sent flowers to the family of Louis Zepeda Mireles.
Show you care by sending flowers

Posted Dec 30, 2019 at 02:12pm
Wishing you peace to bring comfort, courage to face the days ahead and loving memories to forever hold in your hearts.

Flowers were purchased for the family of Louis Zepeda Mireles. Send Flowers

Posted Dec 29, 2019 at 07:27pm
A man of his word and a man who loved unconditionally. Tio you will forever be in my heart. You touched my heart in so many ways since being a child. You truly left a legacy for the family to continue. I am beyond grateful and sincerely overjoyed that I could call you uncle. You never showed a different character. I will cherish each and every memory of you. Thank you for always being a part of my life since being a child. You were the prime example of an uncle and godly man. I love you. Til I see you again.
Comment Share
Share via: 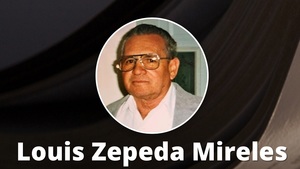 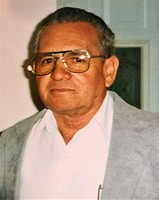 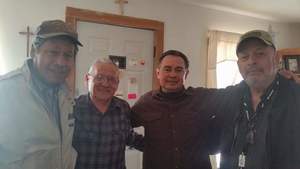 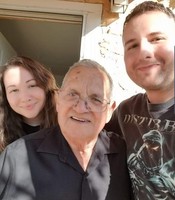