To share your memory on the wall of Melvin B. Fick, sign in using one of the following options:

Provide comfort for the family of Melvin B. Fick with a meaningful gesture of sympathy.

Family and friends will gather to celebrate his life at 10:00 AM Saturday, December 28, 2019 at Faith Lutheran Church, 1005 NW 2nd Street, in Andrews with Pastor Robert Pase officiating. Interment will follow in the Andrews North Cemetery. Please visit www.mcnettfuneralhome.com for obituary information, and visitation and service details.

Melvin was born on March 22, 1931 in Cushing, Oklahoma to Louis M. Fick and Elsa Kluck Fick. He was raised in Cushing and graduated from Cushing High School in 1948. He served in the U.S. Air Force during the Korean Coflict. He married Avis Morris on February 14, 1953 in Cushing, Oklahoma. They moved to Odessa and Goldsmith, where he worked at a gas station for his brother, H.A. Fick, and then moved to Andrews in 1957. He had worked for Amoco for 34 years, retiring as a field foreman. He loved woodworking, golfing, fishing, hunting, camping, and trap shooting. He had a great sense of humor, was very positive, kind, and patient. He was a faithful member of Faith Lutheran Church. He was preceded in death by his wife, Avis, on January 16, 2005, his parents, 3 brothers, H.A. Fick, Edwin Fick, and Henry Fick, and sister, Louisa Nolan.

Melvin is survived by his son, Daren L. Fick of Odessa, sister, Emma Maciula of Lubbock, and numerous nephews, nieces, and cousins.

In lieu of flowers, memorials may be sent to Faith Lutheran Church or to your favorite charity of choice.
Read Less

To send flowers in memory of Melvin B. Fick, please visit our Heartfelt Sympathies Store.

We encourage you to share your most beloved memories of Melvin B. Fick here, so that the family and other loved ones can always see it. You can upload cherished photographs, or share your favorite stories, and can even comment on those shared by others.

Posted Jan 07, 2020 at 06:32pm
Melvin has been an important part of my life since the early days of Faith Lutheran, where he and Avis became family friends with my parents. Kind, funny, dedicated to church and family, Melvin was one of the first adults outside of family I felt comfortable enough to talk with. He was a fine partner to Avis.

And Avis and my mother Azlee were great friends and partners, too--in anything from garage sales to eating out at Mexican restaurants to driving to Seminole to shop at Wal-Mart. (They were also great partners in "crime," as they were activists who cared about social and civic issues affecting Andrews County.) And through it all, Melvin was there as a strong support.

After both Avis and mother died, Melvin and I got together every time I was back in Andrews, for lunch and long conversations. I am indebted to him for book recommendations, for oil field updates and for the simple pleasure of his company. His was a life well-lived. I will miss him.
Comment Share
Share via: 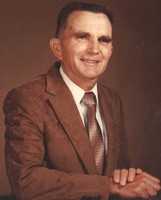 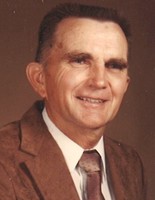