To share your memory on the wall of Ruth Wyche Cox, sign in using one of the following options:

Family and friends will gather to celebrate her life at 2:00 PM on Friday, December 27, 2019 at Means Memorial United Methodist Church, 311 NE 2nd Street, in Andrews with Pastor Les Hall officiating. Interment will follow in the Andrews West Cemetery. The family will receive friends from 6 - 8 pm on Thursday at McNett Funeral Home. Please visit www.mcnettfuneralhome.com for obituary information, visitation and service details.

Ruth Day Wyche Cox was born January 9, 1926, in Rhome, TX to Joe Fletcher Day and Blanche Hutcherson Day, one of five children. She graduated from high school at 16 and attended Texas Tech University, becoming one of the only girls in the school of agriculture. She met Bill Wyche, Jr. there. The way she told the story, he was riding his horse on the college campus, spotted her, and roped her. And that was all it took. They were a couple. Their college careers were interrupted by WWII, so in February of 1944, they were married in Midland, TX before he was sent overseas. After the war ended, he returned home unharmed, but just months later he received a head injury when he was thrown from a horse. Ruth was pregnant at the time, and as he recovered, learning to talk and walk all over again, she gave birth to their first daughter and they moved to the ranch in southwest Andrews County. They had nothing, but her determination to take care of her family helped to keep them going until Bill was able to work the ranch. When he died in 1999, they had been married for 55 years. From 2000 until his death in 2008, Ruth was married to Gordon Cox, who introduced her to the exciting world of horseracing, which she enjoyed a great deal.

Despite the hardships of everyday life on the ranch, raising three girls, and making sure Bill returned home safely each night, Ruth managed to become generously involved in her community. She was very involved with her church, first in Goldsmith, which was the closest town to the ranch, and later in Means Memorial United Methodist Church in Andrews, where she worked with the youth while her children were involved and taught adult Sunday School classes until just the last few years. She served on the board of Permian Regional Medical Center and served as a Pink Lady for 40 years. She also led a Girl Scout Troup. Her passion for history led her to the Historical Society, and she was one of the creators of the Andrews County History Book, her focus being on the ranching section. She never met a person whose history she did not want to unlock.

To send flowers to the family or plant a tree in memory of Ruth Wyche Cox, please visit our Heartfelt Sympathies Store.

We encourage you to share your most beloved memories of Ruth Wyche Cox here, so that the family and other loved ones can always see it. You can upload cherished photographs, or share your favorite stories, and can even comment on those shared by others. 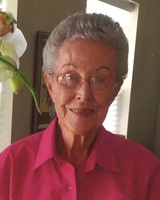 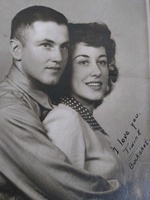 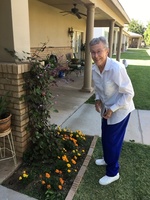