To share your memory on the wall of Allen Moore, sign in using one of the following options:

Provide comfort for the family of Allen Moore with a meaningful gesture of sympathy.

Print
Allen Moore, 72, of Andrews passed away on Monday, December 16, 2019 in Andrews surrounded by his family.

Family and friends will gather to celebrate his life at 2:00 PM on Wednesday, December 18, 2019 at McNett Funeral Home Chapel in An... Read More
Allen Moore, 72, of Andrews passed away on Monday, December 16, 2019 in Andrews surrounded by his family.

Family and friends will gather to celebrate his life at 2:00 PM on Wednesday, December 18, 2019 at McNett Funeral Home Chapel in Andrews with Kerry Pack of Andrews, officiating. Interment will follow in the Andrews West Cemetery. The family will receive friends from 6 – 8 PM on Tuesday at their home in Andrews. Please visit www.mcnettfuneralhome.com for obituary information, visitation and service details, and family pictures.

Allen was born on February 24, 1947 in Boswell, Oklahoma to James Benton Moore and Melba Inez Degman Moore. He was raised in Andrews and graduated from Andrews High School in 1965. He had attended Odessa College and had served in the U.S. Army during the Vietnam Conflict in Okinawa, Japan. He married Judy Ann Thompson on April 12, 1966 in Carlsbad, New Mexico. He had worked for United Meter Company in Andrews. He had worked for 28 years for Exxon - Mobile Oil Company, serving in Tripoli, Libya, Seminole, and Andrews, and retiring as a drilling supervisor. He had been working for Kuda Kutrite in Andrews. He liked to golf, fish, hunt, and take care of his 58 pecan trees at his home, where he had received several pecan awards. He loved spending time at his ranch, Circle M Ranch, in Blackwell, Texas, taking care of his 80 acres and 15 cows. He loved most of all, spending time with his family and grandchildren. He was a Baptist and was preceded in death by his parents and sister in law, Mary Moore.

Memorials may be sent to Home Hospice, 801 North Main Street, in Andrews, and the family would like to thank them for their support and care for Allen and the family.
Read Less

We encourage you to share your most beloved memories of Allen Moore here, so that the family and other loved ones can always see it. You can upload cherished photographs, or share your favorite stories, and can even comment on those shared by others.

S&S Fishing and Rental Inc, We love you, James and Kim Rhea, and others have sent flowers to the family of Allen Moore.
Show you care by sending flowers

Posted Dec 18, 2019 at 07:31pm
I apologize for missing Allen's service. Some way or another I missed that information. I have probably known of Allen ever since I first moved to Andrews. I was around 8 years old. All us kids knew each other. Maybe not as good of friends as we could have been due to the age difference. That didn't matter to Allen. Some of the older kids were not always that nice to the younger kids. Allen was not like that. Even as we got older and in high school. Allen has been my neighbor for around 32 years and still we were not that close. But still friends. I think he knew if he needed me I would be there for him and I felt the same. Not long ago he came to my front door. I think before he became ill. It sort of shocked me to be honest. I was in my usual comfy attire. Pj's and my robe. He handed me a big bag of shelled pecans. At the time I didn't know he was an expert pecan grower. I had forgotten that while cutting weeds behind my house. I decided to cut some weeds near Allen's home. I wasn't sure if I should do it but once surveying the area and thinking I couldn't tear up or do any damage to his property. I jumped on my Dad's little Ford tractor and started cutting away. Best of my knowledge. I didn't destroy any sprinkler system. This was his way of thanking me. Now I wish I had invited him in and visit a spell. My friend to the south of me may not be around this earth anymore but he will remain my friend. May God bless him and his loved ones.
Comment Share
Share via:
SI

Posted Dec 17, 2019 at 07:13pm
I’m so sorry to hear about Allen. He was such a kind man. Judy, I’m so sorry. I know you’ll miss him terribly. Christmas will be hard for you and your family. Please let me know if I can do anything for you! I love you!
Comment Share
Share via:
WR

We love you, James and Kim Rhea

We love you, James and Kim Rhea purchased flowers for the family of Allen Moore. Send Flowers 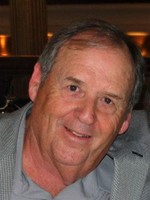 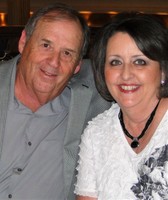 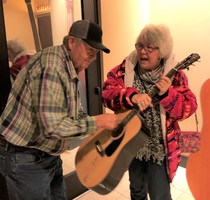 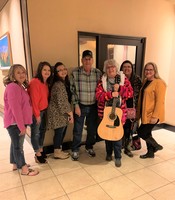