To share your memory on the wall of Joe David Hughes, sign in using one of the following options:

Provide comfort for the family of Joe David Hughes with a meaningful gesture of sympathy.

Family and friends will gather to celebrate his life at 2:00 PM Wednesday, December 4, 2019 at the Second Baptist Church, 107 NW 7th Street, in Andrews with Pastor Kevin Covington, officiating. Interment will follow in the Andrews North Cemetery. The family will receive friends from 6 – 8 PM on Tuesday at McNett Funeral Home. Please visit www.mcnettfuneralhome.com for obituary information, visitation and service details, and family pictures.

Joe was born on October 30, 1952 in Andrews to James Windell Hughes and Lillie Elizabeth Grainger Hughes. He was raised in Andrews and graduated from Andrews High School in 1970, where he played football. He married Julie Diane Gray on October 12, 1974 in Munday, Texas. He had worked for Kirby West Vacuum Cleaner Plant as a polisher. He had worked as a salesman for Coca Cola in the Permian Basin, and had been awarded top salesman several times. They moved to Bedford and then Weatherford, where he worked on airplanes and the wings as a polisher. They moved back to Andrews in 1998, where he has worked for 21 years as a treater operator and helped train for Baker Hughes. He loved the Dallas Cowboys and collected their memorabilia. He loved to hunt, fish, take his family on vacation and go fishing, collecting Mesquite wood and barbecuing, and collected pens. He was known to be caring, loving, having a great work ethic, funny, loved to joke around, never met a stranger, and made everyone feel like they were the most important to him. They were past member of Calvary Baptist Church and current members of Second Baptist Church in Andrews. He was preceded in death by his parents, and grandparents, O.W. and Ruby Hughes and William and Margaret Grainger.

Memorials may be sent to the Second Baptist Church or any youth program you want to sponsor, since Joe enjoyed sponsoring or buying things from them.
Read Less

We encourage you to share your most beloved memories of Joe David Hughes here, so that the family and other loved ones can always see it. You can upload cherished photographs, or share your favorite stories, and can even comment on those shared by others.

Gina Bishop and family sent flowers to the family of Joe David Hughes.
Show you care by sending flowers

Posted Dec 03, 2019 at 08:31pm
Joe was a daily listener to my radio show on KACT and called often with a rainfall report or to request a Ray Price song. I always enjoyed our conversations and will miss him greatly.
Randy Ray on The Radio
Comment Share
Share via:
GF

Posted Dec 03, 2019 at 07:16pm
With loving thoughts and memories of you and your loved ones. May you find peace and rest in the arms of Jesus.

Flowers were purchased for the family of Joe David Hughes. Send Flowers

Posted Dec 02, 2019 at 11:04pm
I had the pleasure of working with Joe over the past 3 years at Baker Hughes. I will defiantly miss his corny jokes and just talking to him on the lease road. He was a fun guy to be around
Comment Share
Share via:
BP

Posted Dec 01, 2019 at 08:06pm
Having Joe come in my office to tell me his famous joke of the day after greeting me with his "Hello sunshine" always made my day. We prayed with and for each other. I will miss his messages of praises and prayers. You rest well my brother.
Comment Share
Share via: 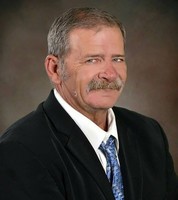 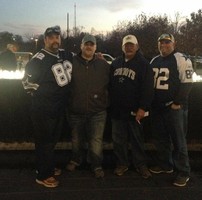