To share your memory on the wall of William \"Wayne\" Mason, sign in using one of the following options:

Family and friends will gather to celebrate his life at a memorial service at 10:00 AM Friday, December 6, 2019 at the Second Baptist Church... Read More
William “Wayne” Mason, 90, of Andrews passed away on Thursday, November 28, 2019 in Andrews.

Family and friends will gather to celebrate his life at a memorial service at 10:00 AM Friday, December 6, 2019 at the Second Baptist Church, 107 NW 7th Street, in Andrews with Pastor Kevin Covington officiating. Cremation arrangements are under the personal care of McNett Funeral Home in Andrews. Please visit www.mcnettfuneralhome.com for obituary information and service details.

Wayne was born on October 18, 1929 in Raton, New Mexico to Lowell Leslie Mason and Lydia Etna Stevens. He was raised in New Mexico in Tinnie, Roswell, and the Hondo Valley and graduated from Hondo High School 1949. He received his Bachelor of Education from Western New Mexico University in Silver City, New Mexico and his Master of Education from New Mexico Technology in Socorro, New Mexico. He served in the U.S. Army during the Korean Conflict, and married Mollie Nell Cooper on August 13, 1955 in Maljamar, New Mexico. They moved to Deming, New Mexico, where he was a Math Teacher for 30 years. In Deming, he was a sponsor for the High School Honor’s Society, taught Driver’s Education, drove the activity bus for the schools, and worked at the city swimming pool. During a couple of summers, he worked as a National Park Ranger at the Painted Desert National Monument in Arizona. They moved to Capitan, New Mexico, where he taught Math in Carrizozo, New Mexico for 4 years. They were members of the Senior Citizen Center in Capitan, where he loved to play pool. They moved to Andrews in 2016 to be closer to their son, and they were member of the Andrews Senior Citizen Center and Second Baptist Church. He is a life member of the National Rifle Association and enjoyed hunting, antique cars, and woodworking. He was a quiet man but was always thinking and using his Math skills throughout his life. He was preceded in death by his parents, and 2 brothers, Elmer Robert Mason and Leslie Lowell Mason.

The family would like to thank their family, friends, church members, and Permian Residential Care Center and PRMC Hospice for their excellent care.
Read Less

To send flowers to the family or plant a tree in memory of William "Wayne" Mason, please visit our Heartfelt Sympathies Store.

We encourage you to share your most beloved memories of William "Wayne" Mason here, so that the family and other loved ones can always see it. You can upload cherished photographs, or share your favorite stories, and can even comment on those shared by others.

Posted Dec 08, 2019 at 12:02am
I was so fortunate to have been a student and friend of Wayne Mason. As my math teacher he inspired me. He taught me to drive and was the first to point out what a lead foot I am!
I got to know Wayne beyond school through my friendship with his son, Jerry. Wayne was a man of integrity and strong character, and I learned much from him. He was a strong, positive influence on me as I made my way through my teenage years in Deming, New Mexico. I will never forget Mr. Mason. He will be missed, but his memory and influence on others will live on.
Comment Share
Share via: 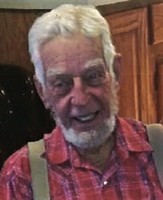