To share your memory on the wall of H.L. "Jack" Clements, Jr., sign in using one of the following options:

Provide comfort for the family of H.L. "Jack" Clements, Jr. with a meaningful gesture of sympathy.

Family and friends will gather to celebrate his life at 10:00 AM on Tuesday, November 19, 2019 at the First Baptist Church, 201 NE 2nd Street, in Andrews with Pastor Brant O’Connor officiating. Military and Masonic graveside rites will be conducted at 2:30 PM on Tuesday at Evergreen Cemetery in Stanton, Texas. Visitation will be from 2 – 8 PM on Sunday and 9 AM – 9 PM on Monday at McNett Funeral Home in Andrews, and the family will receive friends from 7 – 8 PM on Monday at the funeral home. Please celebrate his life by visiting www.mcnettfuneralhome.com for obituary information and visitation and service details.

Jack was born on September 10, 1933 in Martin County, Texas to Herma Lee Clements, Sr. and Ola Mae Angel Clements. He was raised in Stanton and graduated from Stanton High School in 1951. He married Helen Ray Russell on November 25, 1953 in Stanton. He served in the U.S. Army during the Korean Conflict from 1954 – 1956 and worked as an airplane mechanic. He moved to Andrews in 1961, where he worked as a Meter Relay Foreman for Texas Electric for 25 years and assisted in the operation of the Andrews County Airport. He had been a member (Badge #34) and had served as Chief of the Andrews Volunteer Fire Department since 1968. He was a member and Past Master of the Andrews Masonic Lodge #1024 and the Scottish Rite. He was a member of the Mesquite Burners and the First Baptist Church. He had been honored as Citizen of the Year in 1990 for his dedication and service to the City of Andrews that he loved. He spent a lifetime telling stories, making people laugh, and serving his community. He was a loving husband, father, grandfather, and friend. He was an avid pilot and maintained his certification throughout his lifetime. He loved woodworking, could always be found tinkering around in his airport hangar, or having breakfast and coffee with his friends at Cassidy’s. He was preceded in death by his parents, wife, Helen, on February 23, 2019, son, James Ray “Jim” Clements in 2017, brother, Courtney E. Clements, and sister, Barbara Ann Pittman.

The family request in lieu of all flowers, donations may be made to the Andrews Volunteer Fire Department.
Read Less

The insignias listed here may be subject to copyright and / or trademarked. Those copyrights and trademarks are owned by the respective organizations.

We encourage you to share your most beloved memories of H.L. "Jack" Clements, Jr. here, so that the family and other loved ones can always see it. You can upload cherished photographs, or share your favorite stories, and can even comment on those shared by others.

KENNETH & MARSHA MUNSELL and The Rivalry Group at Morgan Stanley have sent flowers to the family of H.L. "Jack" Clements, Jr..
Show you care by sending flowers

Posted Nov 19, 2019 at 09:33am
I got to know Jack when I started flying lessons in 2003 and rented the hangar next to his. I gained a lot of "wisdom" from sitting in his hangar and listening to his worldly advice, haha. He had a great sense of humor! When I was a student pilot, there were times I'd get discouraged, but visiting with Jack helped me regain my confidence and drive to carry on with my training. I eventually succeeded in becoming a licensed pilot, and I give Jack a lot of credit for helping me get over that hump. He was a good man in so many ways, and I'll miss him.
Comment Share
Share via:
KM

The Rivalry Group at Morgan Stanley

Posted Nov 16, 2019 at 05:49pm
What a fine man. Working with him at Texas Electric was fun, he kept us in stitches. He was as honery as they come. He brought all of the front office girls Valentine carnations. Come to find out they came from a visit to the cemetery. Well at least that Is the story he told. He will be missed. I am sure Jack, Helen and Jim are having a family reunion.
Comment Share
Share via: 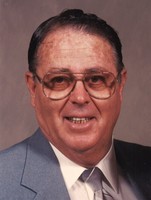 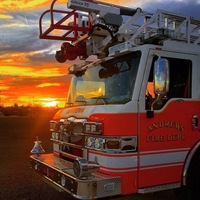 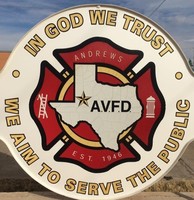 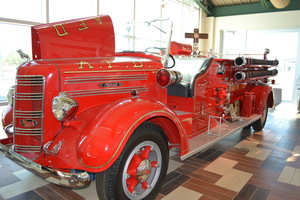