To share your memory on the wall of James Lingnau, sign in using one of the following options:

Print
James Lingnau, 51, of Andrews passed away on Wednesday, November 6, 2019 in Midland.

Family and friends will gather to celebrate his life at 1:00 PM Saturday, November 9, 2019 at Means Memorial United Methodist Church, 311 NE 2nd Street, in Andrews with Pastor Les Hall, officiating. Interment will follow in the Andrews North Cemetery. The family will receive friends from 6 – 8 PM on Friday at McNett Funeral Home. Please visit www.mcnettfuneralhome.com for obituary information, visitation and service details, and family pictures or videos.

James was born on December 27, 1967 in Lubbock to Alfred Arnold Lingnau and Emmer Jean Halford Lingnau. He was raised in Lubbock, where he graduated from Monterey High School in 1986. He graduated from Texas Tech University with a bachelor’s degree in Mechanical Engineering, where he was a member of the Tau Beta Pi ASME. He married Angela Kristine Reid on December 15, 1990 in Big Spring. They moved to Midland, where he worked as a Facility Engineer for Chevron. They moved to Odessa, where he worked as the Plant Engineer for Warren Petroleum, and as an Asset Engineer, Senior Field Supervisor, and Regional Measurement Advisor for Dynegy. They moved to Andrews in 2001, where he worked for Targa Resources as the Area Manager in Eunice, New Mexico and was currently the Regional Engineering Manager for the Permian Basin Region Assets. While working in Eunice, he was very involved in the Chamber of Commerce. While living in Odessa, his family had been very involved at Grace Lutheran Church as church members and youth leaders. They were current and faithful members of Means Memorial United Methodist Church in Andrews, where he was involved as a youth leader and his wife, Angela, was the Youth Director.

James loved Texas Tech University, the Dallas Cowboys, playing and winning Fantasy Football, skeet shooting, and driving his Z06 Corvette. He enjoyed woodworking and was known to make his kids items throughout their lives, and especially for their weddings. They will always remember him being there as a great father and role model, and for teaching them a great work ethic. He loved coaching his kids in soccer, basketball, and football. He will be remembered for being very patient, a loving man, financially wise, knowledgeable in biblical values, and a jokester that liked to have fun by picking on friends and family. He took his family on many adventures traveling all over the world; including 33 states and 15 countries, collecting hundreds of shot glasses along the way.

Memorials may be sent to a charity of your choosing.
Read Less

To send flowers to the family or plant a tree in memory of James Lingnau, please visit our Heartfelt Sympathies Store.

We encourage you to share your most beloved memories of James Lingnau here, so that the family and other loved ones can always see it. You can upload cherished photographs, or share your favorite stories, and can even comment on those shared by others.

Jeff and Vikki Estes, Morgan Luce, and other have sent flowers to the family of James Lingnau.
Show you care by sending flowers

Posted Nov 11, 2019 at 08:41am
Hello James' Family. I (Ernestine) did not get to meet you guys, but I had the privilege and honor of working with James for 17 years. I was employed in the Permian at the Eunice and Sand Hills plants where James would come and visit us often. He was always such a positive addition to our work family. Greg and Ernestine Adams pray that you please remember you are in our prayers for strength from the Lord.
Comment Share
Share via:
KR

Posted Nov 09, 2019 at 03:34pm
Angela, my heart goes out to you and my prayer is that God holds you and your family close. James was the kind of man that we need more men to be like in this old world. His legacy are the many many things he did for the Glory of God, his Family, his Church, the Community and what he stood for, and will carry on in you for the rest of your lives. He will be greatly missed. Sending you all love and prayers, Kay Rattee (Jo Insalls- daughter)
Comment Share
Share via:
FP

Posted Nov 09, 2019 at 02:42pm
As you grieve know that we are remembering you and honoring the memory of your beloved father "James Lingnau". With caring thoughts Fabricio

Posted Nov 09, 2019 at 11:20am
Sending you love and prayers. We will never forget the way James looked at you at your wedding. Pure love. 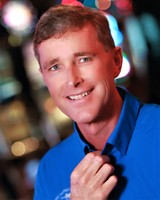 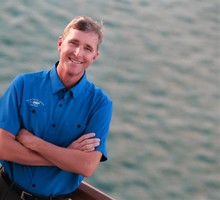 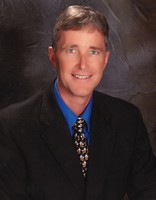