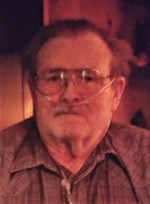 Paul “Pat” Patterson, 78, of Andrews passed away on Friday, September 13, 2019 in Andrews surrounded by his family.

Cremation arrangements are under the personal care of McNett Funeral Home, and the family will handle services at a later date. Please visit www.mcnettfuneralhome.com for obituary information.

Pat was born on May 16, 1941 in Peacock, Texas to Ivan Patterson and Pauline Caldwell Patterson. He was raised in Peacock and Andrews and graduated from Andrews High School in 1960, where he was involved in Industrial Arts. He married Linda Jane Barnes on October 20, 1962 in Tahoka. He had worked for 47 years for Northern Natural Gas and Enron in Andrews, Plainview, Brownfield, and Big Lake and moved back to Andrews in 1981. He was known to work all the time and loved his job. He was a lead mechanic and helped design and create many projects and parts over the years to help the company and was recognized many times by the company. He had an industrial and creative mind and was well liked by everyone. He was on the Northern Natural Gas Bowling Team in the 1960’s and had coached Little League Baseball for his boys in Brownfield. He enjoyed his coffee, watching Fox News and One America News, fishing, camping, building black powder guns and accessories, working on computers, and building and designing HO model trains, sceneries, and towns. He was an excellent machinist and would help build metal projects on his lathe for many friends and family. He was very proud that he built his own home, and that is where he liked to spend his time with his family and friends. Most of all, he loved having his grandchildren and great grandchildren over, especially on the weekends. He was preceded in death by his parents, son, Richard Todd Patterson, and sister, Patricia Holmes.

Memorials may be sent to St. Jude Children’s Research Hospital at www.stjude.org.