To share your memory on the wall of Abdiel "Pollo" Flores, sign in using one of the following options:

Provide comfort for the family of Abdiel "Pollo" Flores with a meaningful gesture of sympathy.

Pollo was born on September 19, 1977 in Ojinaga, Chihuahua, Mexico to Alberto Garcia Flores and Candida Armendariz Flores. He was raised in Andrews and graduated from Andrews High School in 1996 and attended Odessa College for several years. He moved to Lubbock, where he had managed a shoe store. He then moved to Dallas, where he started a garage door business. During these times, Pollo moved back home and sacrificed everything, so his parents could live with him while they were sick, even while he was working. He continued to do this the rest of his life for them. He had also worked for his brothers, Flavio and Saul, and C&S Home Construction. In the last several years, he had been a self-employed contractor and working especially on painting, staining, woodworking, and custom cabinets. He was very well liked and respected by the many clients he worked with over all these years and very talented in his trade of work.

Pollo loved the Los Angeles Dodgers and the Dallas Cowboys. He enjoyed traveling all over, especially Europe, and enjoyed cooking with and for his family. He played and managed in the Andrews Men’s Softball League for over 20 years and also played on a men’s travel softball team. He will be remembered for having a big heart and having an unconditional love for everyone and not judging anyone. He had a great sense of humor, was funny, humble and kind, and very social with everyone. He loved spending time with all of his family and friends and being supportive to all of them. His nephews and nieces meant the world to him, and he supported and traveled to their events and games. He loved taking them to the movies and shopping and would take as many as he could each time. He was their hero, and he was their #1 fan. He loved his friends dearly and was always there to support them or help them out. He always made time for his friends and was there for them no matter the time or day. Everyone knew Pollo and loved him very much for who he was.

Pollo loved playing a lot of golf with his family and friends and hanging around the Andrews County Golf Course and Country Club as much as he could. So, the family has asked that all memorial donations be sent to the Andrews Golf Booster Club, PO Box 2001, Andrews, Texas 79714 to support their scholarships and programs.
Read Less

To send flowers to the family or plant a tree in memory of Abdiel "Pollo" Flores, please visit our Heartfelt Sympathies Store.

We encourage you to share your most beloved memories of Abdiel "Pollo" Flores here, so that the family and other loved ones can always see it. You can upload cherished photographs, or share your favorite stories, and can even comment on those shared by others.

Love, Sendera Title, Lili Carrasco Smith, and others have sent flowers to the family of Abdiel "Pollo" Flores.
Show you care by sending flowers

Posted Aug 23, 2019 at 08:03am
Our deepest heartfelt sympathies. Pollo, we love you and you will remain in our hearts forever. From familia Carrasco

Posted Aug 22, 2019 at 12:14pm
We pray for all the Flores family that Heavenly Father will comfort you and lift you up. Love in Christ Jesus, 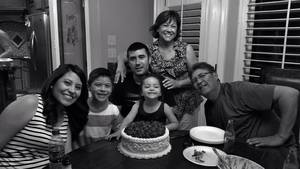 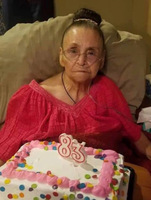