To share your memory on the wall of Miguel Angel Lujan, Sr., sign in using one of the following options:

Provide comfort for the family by sending flowers or planting a tree in memory of Miguel Angel Lujan, Sr.

Provide comfort for the family by sending flowers or planting a tree in memory of Miguel Angel Lujan, Sr.

Family and friends will gather to celebrate his life at 2:00 PM on Saturday, August 17, 2019 at McNett Funeral Home Chapel in Andrews with Pastor ... Read More
Miguel Angel Lujan, Sr., 62, of Andrews passed away on Sunday, August 11, 2019 in Andrews.

Family and friends will gather to celebrate his life at 2:00 PM on Saturday, August 17, 2019 at McNett Funeral Home Chapel in Andrews with Pastor Nick Garcia of La Nueva Jerusalem Church in Andrews officiating. Cremation arrangements and services are under the personal care of McNett Funeral Home in Andrews. Please visit www.mcnettfuneralhome.com for obituary information, service details, pictures and videos.

Miguel was born on December 8, 1956 in Pena Blanca, Chihuahua, Mexico to Arnoldo Barraza Nevarez and Monserrate Lujan. He was raised in Mexico and had lived in New Mexico for more than 20 years, Colorado and Texas where he lived his last years and made it his home. He worked all the time and his passion was home remodeling. He enjoyed baseball, reading his Bible, spending time alone, and was a Christian. Miguel made many dear friends in Andrews from the home projects he completed. He was preceded in death by his parents, and a brother, Arnoldo Nevarez Lujan.

To send flowers to the family or plant a tree in memory of Miguel Angel Lujan, Sr., please visit our Heartfelt Sympathies Store.

We encourage you to share your most beloved memories of Miguel Angel Lujan, Sr. here, so that the family and other loved ones can always see it. You can upload cherished photographs, or share your favorite stories, and can even comment on those shared by others. 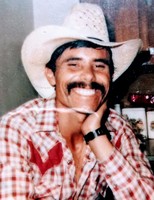 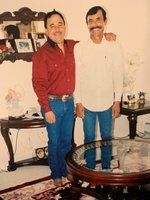 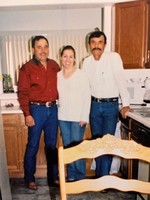 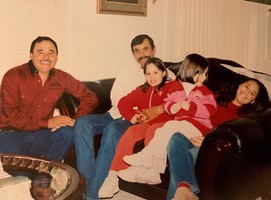