To share your memory on the wall of Walter Cobb "Bugs" Burson, Jr., sign in using one of the following options:

Provide comfort for the family of Walter Cobb "Bugs" Burson, Jr. with a meaningful gesture of sympathy.

Bugs was born on September 19, 1924 in Haleyville, Alabama to Walter Cobb, Sr. and Addielee Gibson Burson. Bugs grew up in Alabama, he served in the Army during WWII from 1944 to 1946. He married Ruby Dean Sutherland on October 9, 1949 in Fulton, Mississippi. Bugs was an avid Alabama and Andrews Mustang football fan. He enjoyed growing and displaying his pecans and growing Bluebonnets. Bugs liked spending time at Robert Lee at the lake and enjoyed fishing there. His passion was watching his grandsons play sports. A special friend was his beloved dog Phoebe. Bugs had worked for Carruth Trucking, C & R Trucking and Chock’s Inc. before retirement. He was preceded in death by his parents, wife Ruby in 2011, a great-granddaughter Saige Price, and all his siblings.

The family would like to give a big thank you to Home Hospice for all their wonderful care, and a special thank you to Mallorie, Kyle, Dolly, and Selinda.
Read Less

We encourage you to share your most beloved memories of Walter Cobb "Bugs" Burson, Jr. here, so that the family and other loved ones can always see it. You can upload cherished photographs, or share your favorite stories, and can even comment on those shared by others.

Posted Aug 05, 2019 at 04:41pm
With Sympathy from your family and friends at Solutions Shared Services. 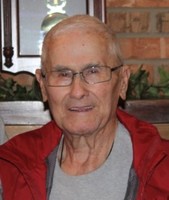