To share your memory on the wall of John W. \"Jay\" Harris, sign in using one of the following options:

Provide comfort for the family by sending flowers or planting a tree in memory of John W. "Jay" Harris

Provide comfort for the family by sending flowers or planting a tree in memory of John W. "Jay" Harris

Family and friends will gather to celebrate his life at a memorial service at 2:00 PM Saturday, July 27, 2019 at McNett Funeral Home Chapel, 705 North Main Street, in Andrews. Inurnment of cremains will be in the Andrews West Cemetery. Cremation arrangements and services are under the personal care of McNett Funeral Home. Please visit www.mcnettfuneralhome.com for obituary information and service details.

Jay was born to Bill and Vera Harris on November 16, 1935 in Quemado, New Mexico. He grew up on a farm near Andrews, Texas, along with his nine sisters. He graduated from Andrews High School in 1954. After high school, he went into the U.S. Army and was stationed in Germany. He was honorably discharged in 1964 and began his education at Southwest Texas State College, graduating in 1967. From 1969 - 1979, he taught school in Monahans, Texas. During this time, he met another teacher, Geralene Pollard, and married her on June 18, 1971 in Monahans. After his teaching career, he went to work for McShane Oil Company from 1980 until his retirement in 1994. After making their home in Andrews for 35 years, Jay and Geralene moved to Mabank in 2015. He was a past member of Calvary Baptist Church in Andrews, and a current member of First Baptist Church of Mabank. He was preceded in death by his parents, Bill & Vera Harris, 5 sisters: Viola Page, Berniece Vandever, Martha Page, Rosalee Teakell, and Margaret Stroud, and an infant son, Walter Wayne Harris.

Memorials may be sent to a charity of your choice.
Read Less

To send flowers to the family or plant a tree in memory of John W. "Jay" Harris, please visit our Heartfelt Sympathies Store.

We encourage you to share your most beloved memories of John W. "Jay" Harris here, so that the family and other loved ones can always see it. You can upload cherished photographs, or share your favorite stories, and can even comment on those shared by others. 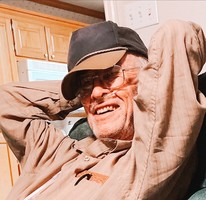 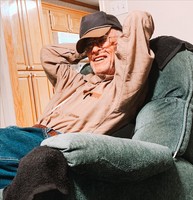 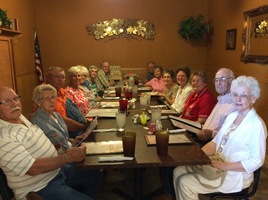