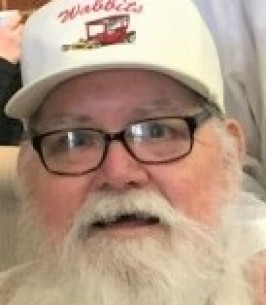 Print
Randell Ray Norvell, 68, of Midland and formerly of Andrews, passed away on Wednesday, November 28, 2018 in Midland.

Randell was born on March 20, 1950 in Denver City, Texas to Daniel Dudley Norvell and Jessie Cordelia Ward. He was raised in Denver City, Lovington, NM, Hobbs, NM, and Andrews. He graduated from Andrews High School in 1969, where he also played football. He married Sylvia Lynn Amundson in Andrews, and she preceded in death on October 21, 2012. He had worked as a truck driver for over 20 years and was a Baptist. He enjoyed riding motorcycles, drinking coffee, and watching football, especially the Dallas Cowboys. He was preceded in death by his wife, his parents, and a daughter, Crystal Ann Norvell.

Randell is survived by his son, Randy Norvell and wife, Brianna, of Andrews; 3 siblings, Retha Luttrull of Andrews, Belinda Norvell of Abilene, and Dwayne Norvell of Odessa; 3 grandchildren, Kaleb, Kinzee, and Austin Norvell of Andrews; and many cousins, nephews, and nieces.

To send flowers to the family of Randell "Tiny" Norvell, please visit our Heartfelt Sympathies Store.

We encourage you to share any memorable photos or stories about Randell. All tributes placed on and purchased through this memorial website will remain on in perpetuity for future generations.

DL
My condolences to the Norvell family during this difficult time. In the Bible, Jehovah God gives us hope. Acts 24:15 says, “there is going to be a resurrection of both the righteous and the unrighteous.” Revelation 21:4 says, “and he will wipe out every tear from their eyes and death will be no more.” Our thoughts and prayers are with you.
Daniela Lawrence - Saturday December 01, 2018 via Condolence Message
Share This:
1
Page 1 of 1
Share
×

Thank you for sharing!

Provide comfort for the family by sending flowers.

Or use your email:

Provide comfort for the family by sending flowers.

Connect with families at their time of loss. By subscribing to email updates, you will receive two daily updates containing all new stories, photos, candle lightings, condolences, and more.